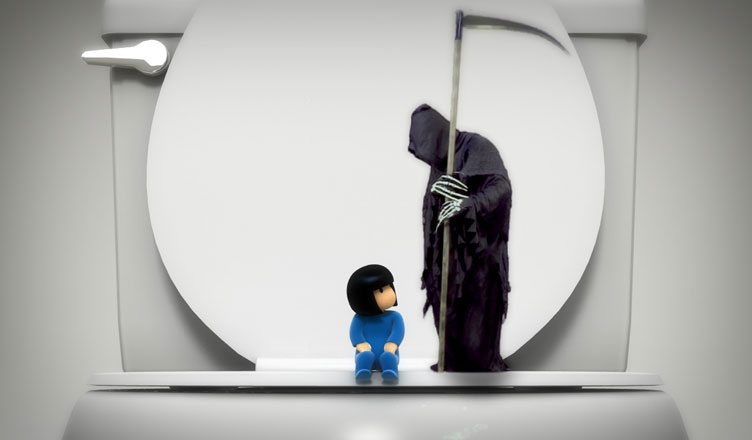 If it seems extra quiet here lately that’s because Team Little Green Dog has busy working on the Brudders music video ‘Don’t Fear the Pooper’. We recently completed the four minute long previs for the film, and last night we shot some live action footage for acts II and III. (The animatic for Act I, you might recall, was screened way back for Gothtober 2010.)

Above is a little peek at what the live action looks like composited over the previs footage. Keep in mind that this is a rough test. The objects shown in this pic are low-res proxies and the scene hasn’t really been lit yet.

That said, ‘Pooper’ is beginning to look like a real movie.

My First Anniversary With DreamWorks Animation