Okay, more specifically, I freelanced as a visual effects artist and animator at The Asylum, the studio responsible for the notoriously popular Sharknado movies. While there, I worked on 18 films in 18 months and created approximately 280 VFX shots. Seriously, I’m not kidding! And I was probably one of the lazy ones there. Anyway, this is just some of the work I created during my time in The Asylum.

This was probably one of the most challenging jobs I’ve taken on but I had a blast doing it. There was always a ton of stuff that needed to be done and the schedules could be super intense, but Asylum artists are very supportive of each other, and they strive to push the boundaries of what’s possible on a small budget. I want to thank my friend Joe Lawson, Asylum’s VFX supervisor, for a memorable experience, and send a special shout out to his amazingly talented crew.

Nearly all the CGI in this reel was created using LightWave 3D, Fusion, and 3D Coat, with a little help from After Effects and Trapcode Particular. For my ‘Kolossus’ scenes and the digital stunt double work in a handful of the movies, I recorded motions using my dual-Kinect motion capture system, powered by iPi Mocap Studio, so you could say some of this action was ‘shot’ in my living room. Oh, and the zombie animals were shot in my backyard. (With a camera of course, not a gun!)

Later this year, I’ll post an article on our website (littlegreendog.com) to break down and explain how some these effects were created, including my infamous ‘shark splitter’ scene from Sharknado 2.
For now, sit back and enjoy the show.

WARNING: I’m often associated with cute and funny animal cartoons, but this reel features copious amounts of monsters, horror, and gore. If you’re not into that, you’ll probably want to pass on this one. Otherwise, please take a seat in the splash zone. 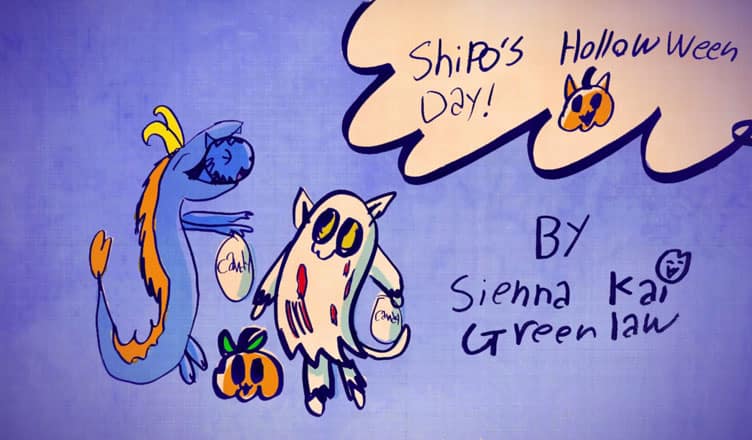