In 2014, I was approached by Z-Nation’s Keith Allan to design and create an animated title sequence for a film he was directing called ‘Hearts Like Fists’. Keith gave me a copy of the script and a music track. I agreed to animate a 15 to 30 second piece but I wound up developing a much more ambitious 75 seconds of animation. No complaints from Keith though so long as I could actually pull it off and stay within budget.

What attracted me to the project was the chance to create something that looked completely different from anything I’d done before.

I also wanted to see what I could do using primarily mobile devices. I had taken recently taken to sketching and painting on an iPad, a Wacom Intuos Creative Stylus, and a gesture controlled paint app called Procreate. Since my schedule was limited, these tools gave me freedom to work almost anywhere.

All the drawings featured in this article, except for the storyboard, were created this way. 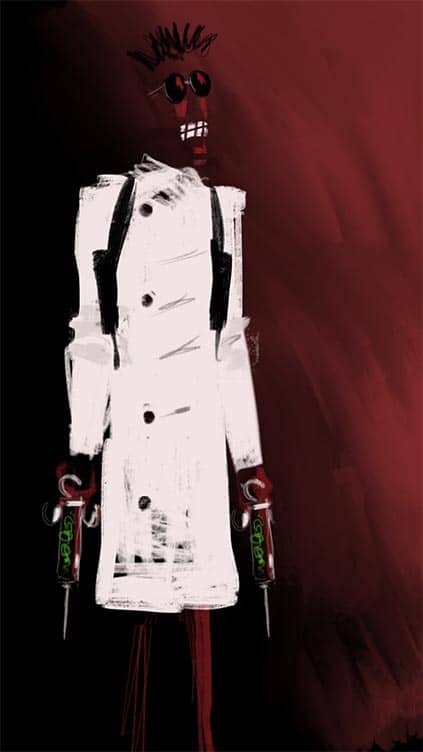 Above is the first concept painting I created for ‘Hearts’, the villainous Dr. X. 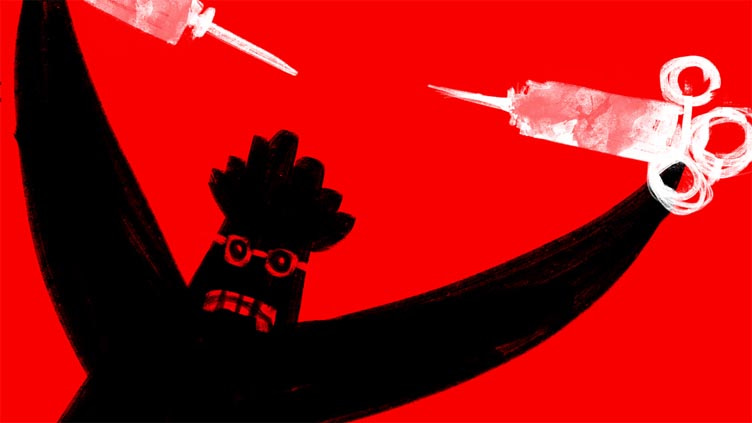 Dr. X hates love. He’s a serial killer that preys on lovers as they sleep.

‘Hearts’ is also the story of three crime fighters who are nurses by day.

To kick off our discussion about crime fighter costumes, I created a handful of sketches based on the costumes from from the original ‘Hearts Like Fists’ stage play.

Below is an early drawing featuring a stage play costume. In the next pair of drawings, I was exploring the fighting styles of the three crime fighters.

This is a fourth ‘vigilante’ character from the script. I liked the idea of a crime fighter with a hand bag but we had to drop her to simplify the title sequence.

Keith said he wasn’t married to the stage designs and that I should follow my instincts. I told him I thought a super hero costume should be practical and protective, with full freedom of movement. He said that sounded good but the costume should also be sexy.

No reason it couldn’t be all that.

Here are some of the unused designs. For the final designs, we went with a black leather outfit that had different color trim for each crime fighter.

When I delivered the animatic (a version of the storyboard with sound and music,) Keith was concerned that the ‘heart people’ looked too adorable.

I said I could make them both cute and grotesque, with veins and dangling arteries.

Keith gave the idea a thumbs up.

Here’s a timelapse painting of a ‘heart person’ being drawn. This drawing was only meant to be concept art but it wound up being used in the final animation.

Here’s the animatic. An animatic is preliminary version of a movie with scenes from the storyboard and a soundtrack.

This is the final version of the ‘Hearts Like Fists’ titles.