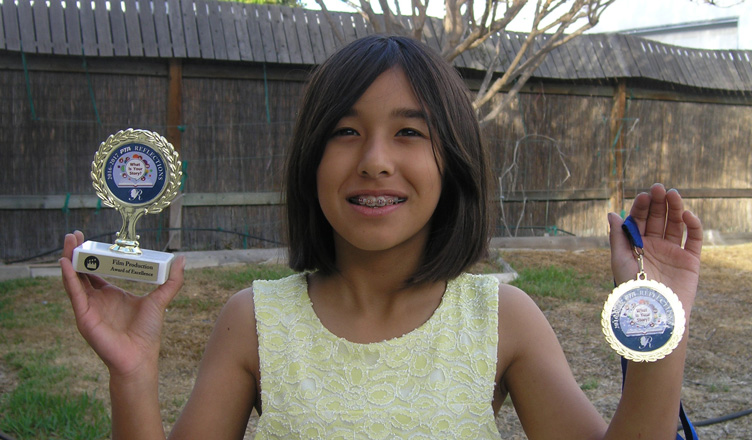 A Fox’s Story is a short film by Sienna Kai Greenlaw (age 9), with animation and original music by Sienna. The film is about a fox who is being bullied.

Yesterday Sienna’s film received a PTA Reflections Film Production Award Of Excellence. PTA Reflections is a nationally acclaimed student recognition program to encourage artistic creativity in the classroom and at home. Students of all grades and abilities are invited to participate and explore the arts based on the 2016-2017 theme: ‘What Is Your Story?’

Sienna says, “I don’t like bullying, and I don’t think people should bully. I hope this movie will make people think about it and stand up against bullies. Please enjoy the movie.”

I'm the webmaster of littlegreendog.com. I play ukulele, and I am a cat.

View all posts by Toullie →